Keystone Lock Company is a fully insured, family-owned business based in Lower Bucks County, Pennsylvania. We specialize in a large array of Commercial, Automotive, and Residential locksmith services.

Securing your Business, Vehicle, and Home is extremely important to us and we take your security needs seriously. Our clients include: Property Management Companies, Apartment Complexes, Daycares, Police Departments, Township & Municipalities Office Buildings and Parks, Automotive Dealerships, and Car Rental Companies. From simple Lockouts or door Re-keys to more complex Access Control Systems or Surveillance Cameras, we are available for your needs.

We are client focused...

We offer several grades of quality hardware and services that will ensure the safety of whatever you need to keep protected.

Whether it is your family at home or your staff and your business property, our trained staff will guide you in selecting the right hardware for your office or home in the security grade that is appropriate. We focus on offering the services that you need and exceeding your expectations every time.

Our website will assist you with many of the common Commercial, Residential or Automotive services we offer.

No job is too small or too large.

We strive to ensure your complete satisfaction at every level of any project.

Bensalem, PA – The area of Bensalem Township appeared on the Holme Map of 1682, though not yet named. By January 2, 1685, a boundary was fixed between Bensalem and Philadelphia Counties along the Poquessing Creek. In 1692, the Court of Bucks County, a jury of thirteen men, was formed to define boundaries of divisions created up to that time. The report submitted in December stated that “All the lands between Neshamineh and Poquessin, and so to the upper side of Joseph Growden’s land in one and to be called ‘Salem.'” Thus, the township’s first name was ‘Salem.’ The minutes of the Board of Property of the Province on 19 November 1701, in Philadelphia, noted the area’s name as ‘Bensalem.’ The area’s population was first a few Dutch and Swedes, then later a more significant influx of English, and then additional Dutch settled the area. SOURCE

Parx Casino and Racing – Parx Casino and Racing is a thoroughbred horse racing track and casino. This facility opened in November 1974 as Keystone Racetrack. The name was changed to Philadelphia Park in 1984. The track became notable as the original home of 2004 Kentucky Derby and Preakness Stakes champion Smarty Jones, who placed second in the Belmont Stakes, narrowly missing the Triple Crown. In 2006, a slots parlor casino opened at Philadelphia Park, and the facility was renamed to Philadelphia Park Racetrack and Casino. A permanent standalone casino structure opened in December 2009 and was renamed Parx Casino. The facility boasts 260,000 square feet, including gaming, dining, entertainment, and banquet space. Parx Casino contains the Xcite Center, which hosts concerts, entertainment performances, comedy acts, and boxing and MMA matches.

Ways for businesses and residents in Bensalem, PA, to connect with us. 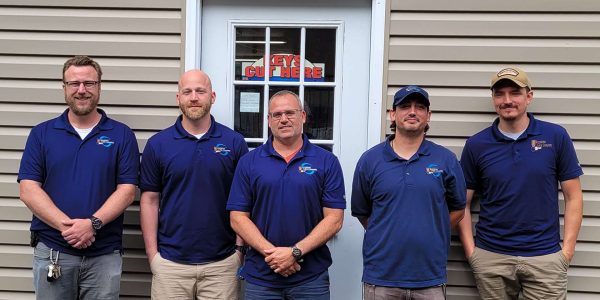